Robin Hood had the right idea: Why the left needs to deliver on the financial transaction tax 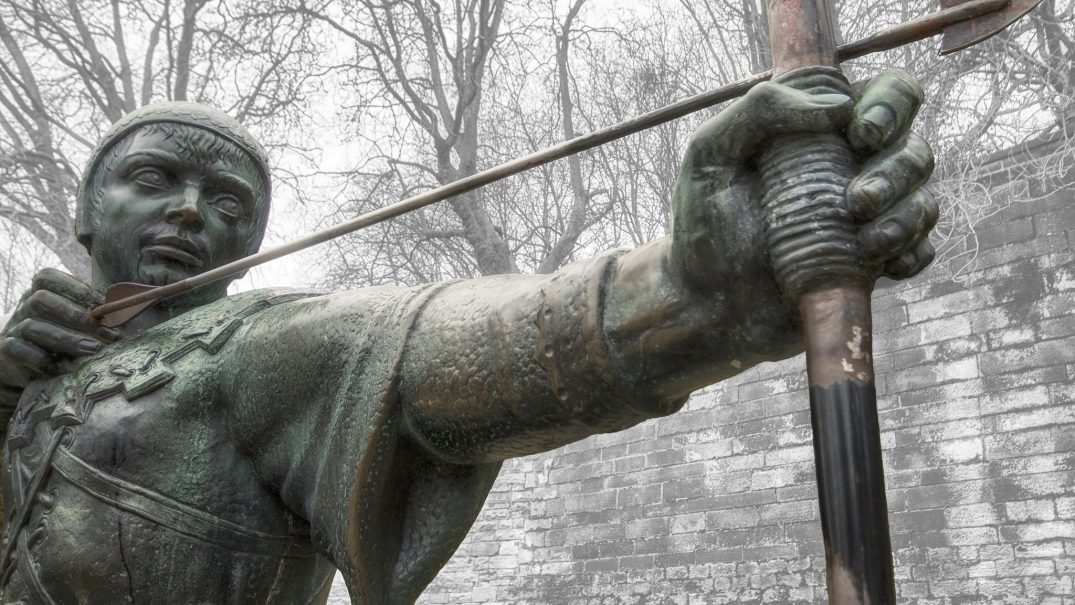 This article was written for International Politics and Society and is republished here with permission.

A financial transaction tax (FTT) — a charge on the buying and selling of stocks, bonds and derivatives — is an idea with widespread support amongst leading academics, many politicians and, most importantly, citizens. It was initially proposed by Maynard Keynes, the greatest economist of the twentieth century, and developed by Nobel Prize winner James Tobin.

The economist’s answer to Robin Hood

Numerous studies have shown a transaction tax helps diminish risks of costly financial crises by discouraging speculative behaviour and the short-term churning of assets. It is easy to implement, and can yield valuable tax revenue which can be used for financing investment. This in turn leads to inclusive and sustainable growth. Nicknamed the ‘Robin Hood Tax’, FTT is very progressive, as it is paid mainly by those with the deepest pockets. Indeed, a recent study by the US Tax Policy Center estimates that if an FTT were implemented in the US, the top one per cent of the population would pay 40 per cent of the total tax bill, and that the top 20 per cent would pay 75 per cent of the tax. This is because ownership of financial assets is concentrated among the richest people.

It is encouraging that most recently the United Kingdom Labour Party, in its electoral manifesto, made a clear commitment to ‘introduc[ing] a “Robin Hood Tax” on financial transactions’. Announcing the proposed tax, which would be an extension of the existing stamp duty, Shadow Chancellor John McDonnell said it would ensure the financial sector ‘pay its fair share after it received huge public bailouts in the crash’.

Previously, there was important progress in the US, when language was approved at the 2016 Democratic Convention citing the FTT as part of the Democratic Party’s platform for the first time:

The tax has strong US support

Bernie Sanders, the left-wing presidential candidate, had proposed a Wall Street Speculation Tax to pay the college fees of less well-off students. The policy received strong coverage in mainstream media, including an opinion piece in the New York Times. Sanders’ democratic rival, Hillary Clinton, responded by proposing a narrower, but valuable use of FTT to help rein in the practice of high-frequency trading used to manipulate financial markets.

It is very encouraging that in both the US and the UK, with some of the largest financial markets in the world, progressives are now so strongly committed to implementing a financial transaction tax; hopefully once they come to power they will make it happen. Of course, as the International Monetary Fund wrote in a report to the G20, more than $30 billion worth of financial transaction taxes are already collected in the jurisdictions of 20 major countries. These countries, which include South Korea, Taiwan, and Switzerland, are amongst the most dynamic in the world. It just goes to show that financial transaction taxes do not have a negative impact on growth, as some claim, and may indeed contribute to it.

More than $30 billion worth of financial transactions taxes are already collected in the jurisdictions of 20… of the most dynamic countries in the world.

The UK Labour Party initiative proposes to expand and modernise the existing stamp duty, which applies only to shares. Currently, stamp duty – a tax that has existed for 300 years – raises £3.3 billion (€3.6 billion) annually for the Exchequer. The Labour Party initiative would broaden this tax to cover transactions in corporate bonds and cash flows arising from equity and credit derivative transactions. It would also largely remove the market maker exemption.

The extensions to the UK stamp duty proposed by the Labour Party would raise an estimated £4.7 billion (€5.1 billion) in additional tax a year, or £23.5 billion (€25.4 billion) in a parliamentary term. This estimate comes from a rigorous study by Avinash Persaud, founder and Chairman of Intelligence Capital and a former financier.

Like taxes on carbon emissions, taxes on financial transactions such as the UK stamp duty aim to curb socially dangerous behaviour such as high-frequency trading, which is destabilising and has no positive social function. The proposed expanded UK stamp duty would probably discourage all such high-frequency trading. From an economic perspective, this is a tax on the build-up of systemic risks, and thus helps diminish the likelihood and scale of costly financial crises. The massive cost of such crises is not just fiscal (as taxpayers inevitably bail out the financial sector); it also results in lost output, investment, jobs and wages.

After the 2008/9 global financial crisis, there was strong support in Continental Europe for an EU-wide financial transaction tax. The European Commission actively supported the initiative and the European Parliament approved it. Not all countries wanted to join. The ten countries that did, representing over 80 per cent of Eurozone GDP, approved a European FTT in principle and have been hashing out the details for a couple of years, under the enhanced co-operation procedure. This grouping includes the EU’s largest economies – Germany, France, Italy and Spain. Indeed, France and Italy have each unilaterally introduced limited versions of an FTT at home. However, progress on the joint European initiative has been painstakingly slow.

After the German elections in September, there will likely be a further push towards greater EU integration, spearheaded by France and Germany. An important part of this will be raising additional revenues, to be channelled into higher national and European public investment. This will be key to promoting more dynamic, sustainable and inclusive growth in the EU. The tax will raise resources mostly from the richer segments of society. Crucially, it will reduce the risk of future financial crises, which, as the US sub-prime crisis and the Eurozone debt crisis demonstrated, can be so destructive of people’s livelihoods.

Civil society groups and progressive political parties were initially very successful in promoting financial transaction taxes in the EU after the 2008/9 financial crisis. When popular discontent with the financial sector was at its highest, with the public demanding the financial sector pay its fair share, even some centrist and centre-right parties in Europe seemed supportive.

Progressives now need to take hold of the baton and ensure the FTT not only stays on the EU policy agenda, but is implemented very soon. Equally, in the UK and the US progressive forces must continue to support the tax, so it can be implemented once Labour and the Democrats are elected.

Under a Europe-wide FTT, many more people would gain than lose. Adopting it soon would show that governments are able to design and adopt rational solutions that favour their citizens: a positive response to the right-wing populism that has swept much of Europe.