Scottish budget: changing income tax thresholds has more impact than you might think 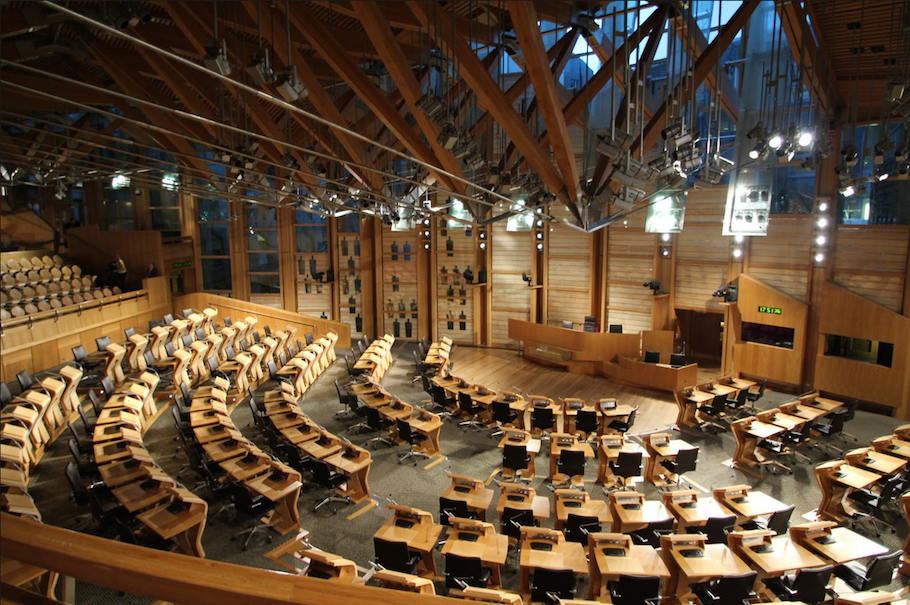 The Scottish Parliament, by Reflux

Income tax thresholds are one of the geekier corners of fiscal policy. Where tax rates are round numbers you could put on a placard, the point at which you start paying them is a little more complex. That doesn’t mean that they aren’t important.

Even when they do get some public traction, they are usually widely mis-explained and misunderstood. The achievement that Lib Dems often shout about from their time in coalition with the Tories, for example, is the fact that they raised the income tax threshold, taking, as they repeatedly told us, millions of people out of income tax.

In reality, this was a surprisingly regressive policy. It did nothing to help the poorest, who were already below the threshold. In its first incarnation in 2010, only 6% of the cost of the policy – £1bn out of £16bn – went on the stated aim of helping the lowest income families, as a report from Landman Economics showed at the time. The other £15 billion was just a straight up tax cut for most of the rest of the country, at a time when public services were being brutally cut. In fact, perhaps counterintuitively, the research found that households in the second richest decile would gain on average four times more than those in the poorest decile. Getting the first £12,500 tax free is more relevant to those of us who earn more than £12,500.

But I digress. Income tax thresholds have become a political issue again because they are, it seems, the SNP’s preferred way to subtly stretch the fiscal muscles built up by the Scottish Parliament in recent rounds of devolution. The devolution of significant tax varying powers to the Holyrood was a major constitutional moment in the growing autonomy of Scotland. And the fact that the biggest party pushing for independence proposed in the election last year not to use these newly won powers certainly raised a few eyebrows.

But Nicola Sturgeon’s party doesn’t quite have a majority. And once it was clear that Labour, Tories and Lib Dems weren’t going to negotiate over passing a budget, the question was what deal her finance secretary, Derek MacKay, could do with the six Green MSPs. And the demands from the Greens were relatively simple: increase taxes on the wealthiest, stem cuts to local government.

The final offer extracted and accepted by the Scottish Greens today was a £160 million package – “the most significant change to any draft budget at a time of minority government since devolution”, according to MacKay. And perhaps the most interesting part of it is that the SNP are no longer proposing to increase with inflation the threshold for the 40p tax rate. It will remain at £43,000 (while Westminster is raising it to £45,000 for the rest of the UK).

At first, this seems like a slightly odd, semi-progressive policy. After all, the most obvious impact is that a few people getting cost-of-living pay rises in what many would think of as middle-income jobs will now find themselves hitting the 40p rate.

It’s important, first, to look at is earnings statistics: the median full time income in Scotland in 2015 was £27,710 (slightly higher than the UK median of £27,645). The median part time income was £9,837. If you are earning £43,000, you’re in roughly the top 10% of earners in Scotland. But, in any case, the reality is that just as the Lib Dem threshold raise applied to everyone above the line, this dè-facto cut applies to the earnings of everyone on more than £43k, while those who only just reach the line won’t see the full effect. This is, in other words, an effective tax increase on the richest 10% or so, expected to raise around £30 million.

Of course, none of this is the radical restructuring of income tax which the runaway inequality Scotland and the UK have seen in recent years demands. The SNP’s caution in touching the new powers it has over income tax rates is a false risk-aversion. Research at Stirling has shown that earners in the top 1% in Scotland have seen their income increase four times faster than even those in the next percent down. The share of total national income taken by the top 1% rose in Scotland from 6.3% in 1997 to 9.4% 12 years later. When the current is moving fast beneath you, you need to paddle faster just to stay still.

But the decision to freeze the income tax threshold – that is, to raise it in real terms – is more progressive than it seems, and is to be welcomed.

Adam Ramsay is a member of the Scottish Green Party.