Tax us if you can: Why Philip Hammond’s ‘crackdown’ falls short of the mark 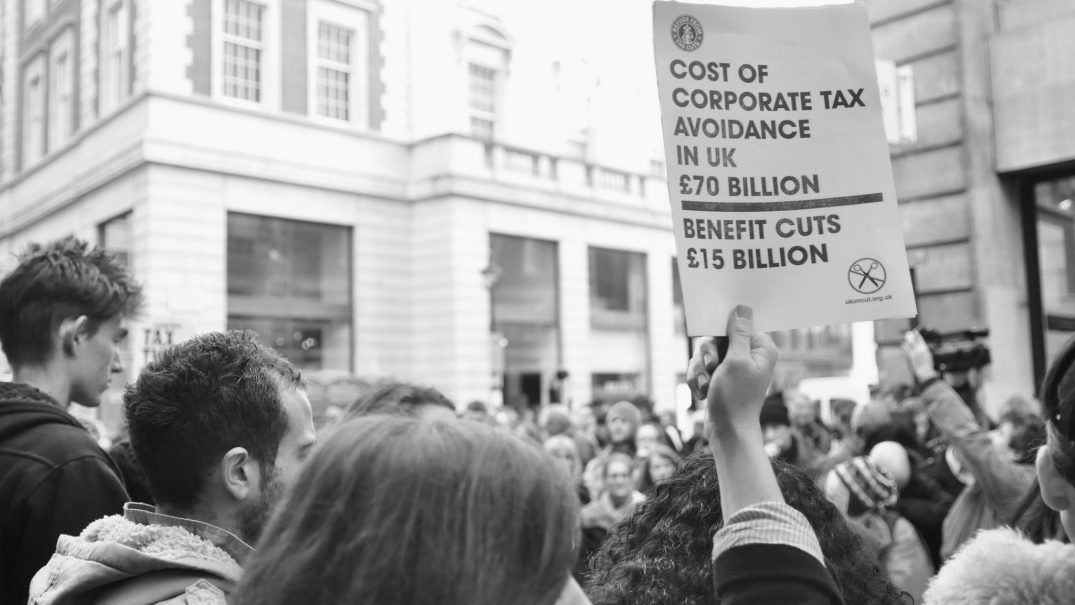 This is less a crackdown and more a tentative step in the right direction. It will bring in just £800m by March 2023 – to put this in perspective current estimates put the UK tax gap at between £34bn and £119bn – and in the absence of any real effort to tackle tax avoidance and evasion many companies will continue to slip through the net.

Yet in many ways this announcement is an important victory for tax justice campaigners in the UK. Not because we know something Hammond doesn’t about the policy itself, but because in implementing it the Chancellor has acknowledged something that no recent government has: that as long as a company has a physical presence on UK soil, sells to UK customers, or channels its profits through UK banks, it can be taxed by the UK Government.

Tax us if you can

It may seem obvious to anyone that has ever come into contact with HMRC that you can’t negotiate over your tax bill. But in recent years some of the world’s largest companies have managed to do just that.

One of the main ways in which large companies are successfully (and legally) able to avoid tax is through profit shifting. Multinational corporate groups have subsidiaries all over the world and each of the subsidiaries is taxed at the corporate tax rate of the country in which it is based. So a subsidiary of a company that makes £100m profit in the United States would pay £30m in corporate income tax, whilst another subsidiary that made the same profit in Ireland would pay just £12.5m.

Companies have lobbied for international tax law to treat their subsidiaries as legally separate entities because, they argue, it protects them from ‘double taxation’. In the above example, if the company was taxed on its global profits in both the USA and Ireland (and all the other countries in which it operates), that same profit would be being taxed over and over by different jurisdictions. So far, so fair.

The issue is that companies have abused this privilege by shifting their profits from high tax to low tax jurisdictions to reduce their overall tax liability. If the subsidiary in the US doesn’t want to pay 30% tax on the profits it has made there, it can use clever accounting techniques – from fake loans to transfer pricing – to shift those profits to Ireland where it can pay 12.5% instead, or to Bermuda where it can pay nothing.

In recent years, these practices have become more and more common. Today, the OECD estimates that profit shifting by multinational corporations is costing governments around the world between $100bn and $240bn per year in lost revenues. The UK is not an exception, despite the Government’s attempts to woo international capital by cutting corporation tax rates; in 2014 a fifth of our largest 800 companies paid no UK tax at all. Not only is this unfair on the public, it is also unfair on the vast majority of companies of all sizes that pay the taxes they owe.

A step in the right direction

In a striking departure from the attitude it takes towards benefits claimants, the Government has been arguing that it has to use a carrot rather than a stick to tackle the issue of corporate tax evasion. If a company claims to have made zero profits in the UK and billions of pounds in Ireland, there is very little the UK Government can do to challenge that.

But by stating that royalty payments made to subsidiaries in low-tax jurisdictions will be taxed as corporate income in the UK, Phillip Hammond has conceded that the UK Government does have the power to tax the profits of multinational corporations, regardless of where they are reported. After years of corporation tax cuts that have triggered a ‘new race to the bottom’ around the world, this represents a belated concession that the UK does not have to cut its corporation tax rates to tempt multinational corporations into paying their taxes.

The immediate question that arises now is if the Government can tax royalties offshored to tax havens, why can’t they do the same to profits? If multinationals continue to shift their profits to low-tax jurisdictions, why not just base their tax bill on their UK turnover, or sales to UK consumers?

The Government is more than capable of coming up with a fair way of taxing multinational corporations on their UK activities. It just has to put its mind to it.